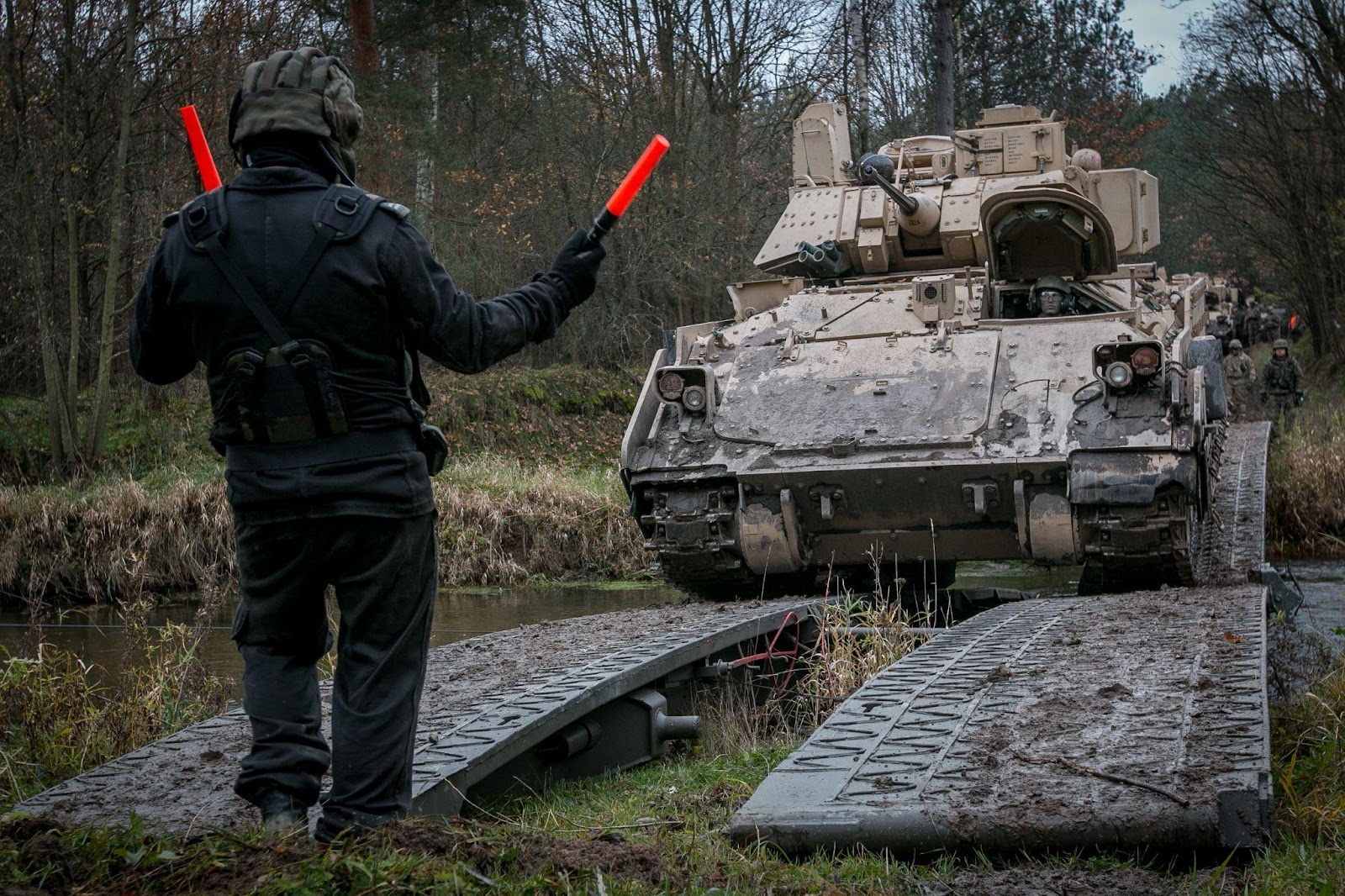 “When there are many words, transgression is unavoidable, but he who restrains his lips is wise.” – King Solomon (1010-931 BCE)

It’s easy to make mistakes when communicating regularly on social media. Humans are prone to it because of our emotional and psychological makeup. Nevertheless, errors on publicly accessible social platforms can cause a lot of pain that can be difficult to overcome, especially if you kick the wrong wasp nests.

Here are some general rules to reduce the risk of problems.

1. Maintain self-control. Good public communication requires self-control. Emotion and instinct have high horsepower that can drive us to do unwise and even hurtful things if unregulated. Self-control entails being led by reason (thinking), not emotions. Reason provides the internal checks and balances we need to conduct ourselves in the measured way appropriate for a service member.

The Webster Dictionary defines “reasonable” as having sound judgment and being fair and sensible. All our public communication should be reasonable, even in response to inflammatory situations. Restraint in words demonstrates greater strength and wisdom than the boldest and cleverest comments.

2. Avoid partisanship. This is a tricky one. We’re servants of the country, its designated authorities, and its citizens who have a countless diversity of views and perspectives. Service members have an obligation to remain objectively neutral and maintain a high-ground perspective over all positions. If forced to choose sides in public, we should align with the sitting administration’s standing policy.

It’s always safer to repeat senior leaders’ ideas and messages (in our own words). However, it’s safest to avoid wading into those discussions in public because it’s high risk, low reward. Don’t make statements you wouldn’t want to be pressed on by the media or anyone else in public. Similarly, avoid becoming a pawn in someone else’s political or activist agenda. Some people may try to exploit your military affiliation and a position you seem to be taking in public.

3. Stay in your lane. The best advice public affairs officers give service members engaging media is to stay in their lane. It means avoiding speaking publicly about topics outside your purview and expertise. It also suggests staying away from subjects you haven’t been prepared to discuss or don’t have permission, especially on U.S. or Army policy matters. The advice works for social media discussions as well.

The policy component is the stickiest and most consequential. The safest bet is to be silent, neutral, or positive about policy in public. We should be careful not to contradict or undermine leaders’ decisions on social media because it can have a corrosive effect on the policy and the force. There are usually more appropriate forums for discreet debate or contrary opinions. This advice doesn’t discourage (nor encourage) speaking out when there are legitimate questions about a policy’s morality, legality, or ethicality. But it should be thoroughly considered and consulted with other mature, informed persons before addressing publicly.

4. Don’t become an unintended or unwanted spokesperson. A service member speaking in public on social media can easily be construed as a service member speaking publicly on an issue. It’s definitely true if you are an officer or senior enlisted leader. Media and blog writers look for quotes from troops seen as a credible representation of a bloc within the military. Some writers report on opinions they identify as prevalent if multiple service members of any rank discuss them on social media.

Also, don’t try to speak for other people. It’s not safe to assume others share your position or that you’re speaking for anyone but yourself. Sometimes we wrongly think our position is an objective truth that most others share. American service members have a lot in common, but we also have a lot of different perspectives.

5. Acknowledge your ignorance. Be honest with yourself. How much do you really know about things outside your normal scope? Similarly, how much do you know about the situation someone is presenting as a WTF incident or controversial policy? There’s too much to keep up with in our lives, careers, and families to stay abreast of the countless things happening outside our normal sphere. That’s why we should avoid rash and hardened judgments before gathering enough information.

Most of us have little insight into situations governed by forces outside our scope and control. We need to accept we might be uninformed, underinformed, or even misinformed. One technique that’ll help remind you of your limitations is challenging yourself to thoroughly explain what’s happening when an issue arises. It can be humbling when you realize how little information or understanding you have when struggling to explain something.

6. Be diplomatic. Diplomatic means “dealing with people sensitively and effectively.” It implies communicating in a way that avoids igniting unproductive feelings and opposition. The best way to do that is to be civil and respectful by softening your language and trying not to offend. It maintains relationships and gets better results. Conversely, you can protect yourself from being offended and losing your cool by giving others the benefit of the doubt, treating their positions fairly, and never forgetting they’re human.

Likewise, service members should also give proper respect and courtesy to the people and situations that deserve it. With all due respect, we’re still a military force with a rank structure and certain expectations of our profession.

7. Don’t call people out in public. Correction in the military is essential to maintaining a high-quality organization with high standards and should happen often. However, it should rarely be done in public. Every platform has a direct message tool. We should use that to give feedback intended to correct or critique. If reprimanding a person in public seems warranted, it should be done empathetically by a “competent authority.”

Similarly, don’t call out your military service in public. Each service is made up of people, but individuals don’t make the service. It’s not fair to blast your service over issues with one person or one organization. The great thing about the military is every service member serves under a higher authority you can appeal to.

8. Remember recruiting. Guard your public persona and our collective public persona. It impacts recruiting. Outsiders are watching, some of whom we need to join the military or recommend joining. Active and former service members serve as the US military’s best recruiters.

Your attitude and opinion significantly influence the next generation of our all-volunteer force. A first principle should be: do NO harm to the military’s reputation and public image. We must be careful about what we say and how we say it. Similar to rule #7, there are ways to complain without casting shade on the whole organization.

9. Remember your current and future employer. Freedom isn’t free, and neither is all speech. It comes with social consequences that can cash out into more material consequences. It can impact whether you’re chosen for a job or if you’re able to retain it. From their perspective, an undisciplined social media user could be a careless team member and an unnecessary risk to the organization’s reputation.

10. Communicate for positive effects. Before communicating on social media, ask yourself what you are trying to achieve. If the outcomes you want are constructive (or neutral) and consistent with the rest of the advice shared here, you’re on message. But if you’re trying to vent negative vibes, stoke a fire to get other folks emotional, or ridicule, degrade or shame someone, you should consider taking a page from Abraham Lincoln’s playbook by keeping that diatribe as a draft. It’ll do more harm than good.

Final thoughts. Social media has given us significant power to be heard by people and communities in ways impossible before the internet and modulated before social media. It’s not too corny to remind us of Spiderman’s ethos that “with great power comes great responsibility.” A little judgment and restraint are accessible superpowers that can help uphold that responsibility and keep you out of a web of turmoil.

The views presented are those of the author and do not necessarily represent the views of DoD or the U.S. Army.

This site uses Akismet to reduce spam. Learn how your comment data is processed.

Processing…
Success! You're on the list.
Whoops! There was an error and we couldn't process your subscription. Please reload the page and try again.
%d bloggers like this: