By and large, military leaders are not diversifying their sources for professional development.

Once and Eagle, Black Hearts, Black Hawk Down, and This Kind of War are just a few repetitive staples in most reading/watch lists. However, many junior leaders are bored with the same “assigned” material.

For those searching for a different source for junior leader professional development, The Bear is a formidable choice. The series is loaded with common workplace situations like adjusting to new leadership as well as changing corrosive behaviors. Moreso, there are many similarities between those situations and the Army’s Principles of Mission Command (ADP 6-0) and Leader Development (FM 6-22). Though it does not take place in a military setting, The Bear can be a valuable tool for learning how to establish mission command and instill change within an organization.

Have you ever found yourself in a meeting or gathering expecting to hear one thing from a senior leader but instead hearing something completely different? Something seemingly unrelated to what you thought was important?

“What the hell was that about?” someone might ask as the gathering breaks up.

Or have you ever received an email from senior leader echelons above you addressing a topic with care and candor in an unexpected way?

Was there an odd way that the email was structured? Was the font a different color? Were there variations on bold, italics, or underlined words?

Over the past few years, I’ve found myself paying closer attention to the behavior, speech, and messaging of senior leaders. I’m not talking about the senior leaders we all see on television or social media – the “echelons above reality” senior leaders. Rather, I’m referencing the senior leaders in our actual organizations. The ones that are closer to us, but who we might not interact with every day.

Social media has blurred the lines between our private and professional lives in an unprecedented way, and has also, in some ways, eroded the idea of a “non-partisan military” that shores up our democratic ideals.

This came to the forefront recently when several senior military leaders engaged with Fox News host Tucker Carlson over Carlson’s comments about women in the military. The subsequent dust-up prompted some to decry the loss of the customary apolitical stance American citizens have come to expect from its military professionals. 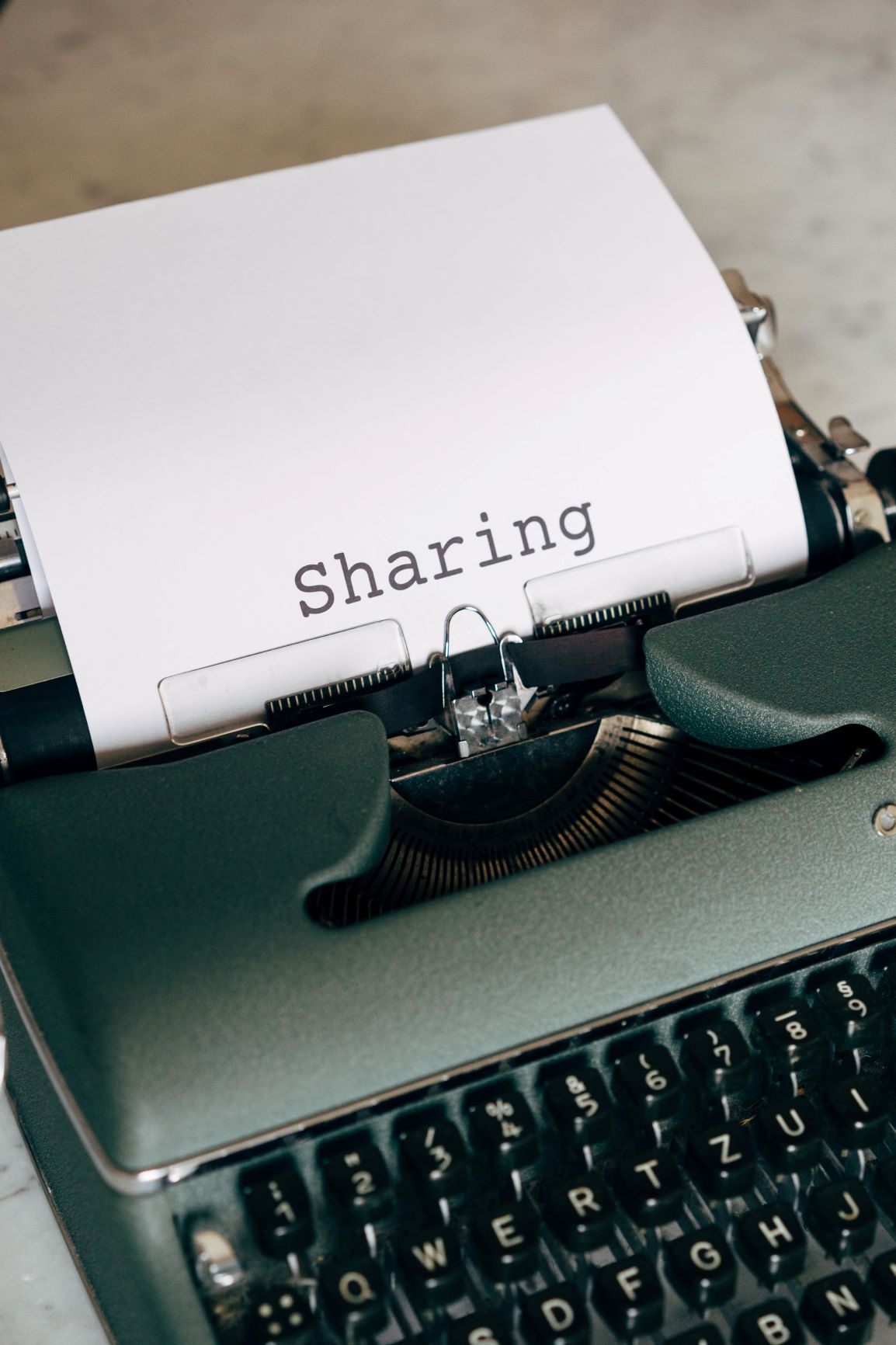 Oscar Wilde once said, “The only thing to do with good advice is to pass it on. It is never of any use to oneself.” When we talk about the role of knowledge in our organizations, we must understand it is essential to pass on the knowledge that we have gained from our training and experience to enable others to achieve organizational success. This post aims to explore a few reasons why knowledge sharing is important for organizations and individuals to capitalize on.

But first, why should you care about sharing your knowledge? It is safe to assume you have worked hard to obtain your knowledge through personal education and experience. It may even be safe to assume you sometimes have reservations about sharing it with others. Whether through unwillingness to give up some power, believing there is not enough time, or simply not trusting the recipient, sharing your knowledge can sometimes be a challenge. However, holding onto it can potentially be more detrimental to the organization than simply sharing what you know.

Ten years ago, I received the best advice I’ve ever received on communication. My boss said, if no one else sees your vision, it’s just a hallucination. In other words, if you can’t communicate the thoughts in your head in such a way that others understand them, they’re useless to the rest of the organization.

Since then, I’ve worked in numerous organizations and I’ve found his maxim still rings true. I’ve also learned that the best leaders are master communicators who understand how to turn their ideas into action. 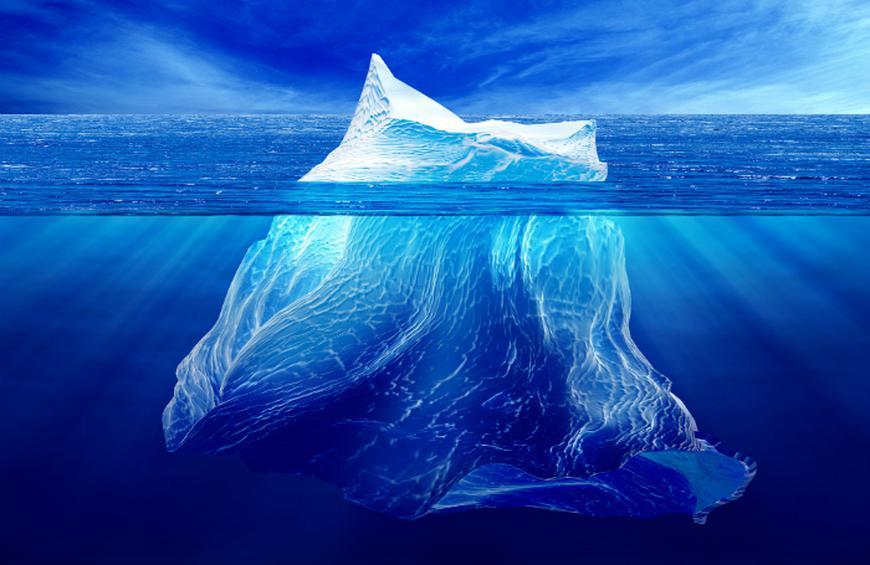 I’ve been thinking a lot lately about social media and the way it forms my perception of others based on the image they project through their social media platforms. I’ve also been thinking about how others must perceive me based off of the content I share. As I reflect on this notion heading into a new year, I’ve started to term this phenomenon the “Iceberg Bias.” We often judge others’ success in life based on the gleaming white, smooth surface directly in front of us in these online snapshots. We fail to take into account the reality of those peoples’ lives that lies just below the surface. We form judgements based off one tenth of what is visible, missing the true contours that are never shared online. 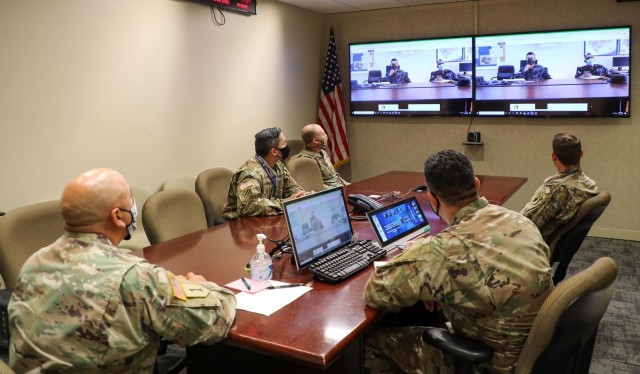 Have you ever been in a meeting and felt like a prisoner?

It’s Friday afternoon, you are sitting in the last meeting of the week.

The final briefer begins to speak. They see the clock. They know there are only five minutes left but in their head, time does not exist. It’s finally their turn to speak and they are going to say everything they planned to say.

They even say things they didn’t plan to say.

They begin talking off the cuff, providing the person sitting at the head of the table with unnecessary details. They go off on a few tangents. As they speak, you glance nervously at the clock as the minutes tick by.

Thirty minutes later they finally say those magical words you’ve been waiting to hear, “Pending any questions, that concludes my brief.”

Not only did the meeting go over, but it derailed your tightly packed schedule and the schedules of everyone else sitting in the room.

In this case, your colleague lacks what I call “briefing empathy.”

Briefing empathy is the ability to place yourself in the shoes of the other people in the room. Before you speak, you should think about the bandwidth, the schedules, and the moods of the people you are addressing. In doing so, you are much more likely to communicate a clear message that is positively received on the other end. And, your colleagues won’t want to slash your tires at the conclusion of the meeting.

Anyone who has worked directly for a battalion commander or above probably has experience writing “ghost notes.” These are emails a subordinate writes and addresses for their boss to send to other people. Ghost notes can be weekly or monthly sitreps, updates on an ongoing situation or emails asking for additional resources. No matter the type, they are the “easy button” for the commander because all they have to do is hit “send.”

Recently, I worked for a senior Army leader who encouraged his subordinate commanders to own their communications—meaning, write their own emails. As I reflected on his guidance, I realized there are benefits to communications ownership. I witnessed many of these benefits firsthand as I watched him communicate with senior military leaders, senior civilian leaders and his own commanders.

By Steve Leonard and Joe Byerly

Imagine, if you will, two influencers. One, young and brash, with a dedicated following of millions on social media, the other maybe a little older and more seasoned, working diligently to keep a leadership blog afloat with a few thousand equally dedicated followers. One can post a video on TikTok and generate a reaction felt around the world. The other can write a meaningful post with broad implications for the profession of arms and it generates a modest response.

Both are social media influencers; both have a significant influence on the profession of arms. 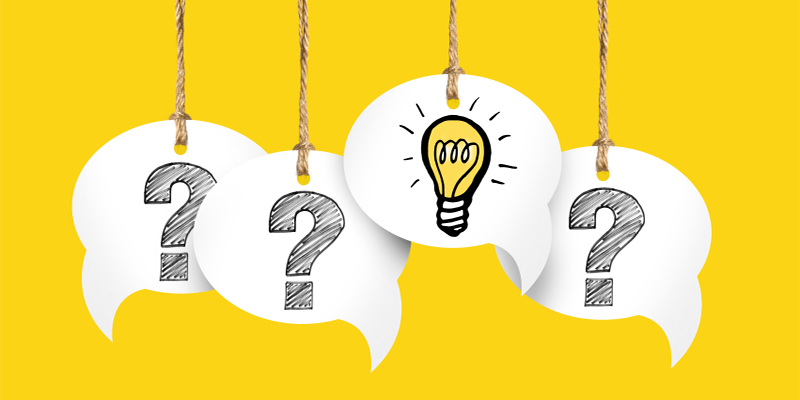 Have you ever had an idea you thought was solid gold, but when you presented it to your boss or coworkers it fell on deaf ears? Maybe it wasn’t that your idea was bad. Maybe it was you. Hear me out: Sometimes our ideas ARE solid gold, the problem is that we get so wrapped up in the idea itself and it’s ingenuity that we don’t pay attention to delivery.

And delivery can be as important.

But, before we explore delivery, let’s jump into the time machine and look at an idea in history that fell flat on its face when it was initially proposed: hand washing.

In the early 1800s, mothers who had just given birth died at an alarming rate in European hospitals. One in six died from what was at the time known as childbed fever. In 1846, a young 28-year-old Hungarian physician named Ignaz Semmelweis discovered a correlation between mothers catching the disease and direct contact with physicians coming from surgery. He immediately instituted hand washing in his ward and the disease significantly dropped off.

One would think that this innovative young doctor who had a solid gold idea revolutionized medicine across Europe and saved the lives of countless mothers, but he did not. It was another 21 years before British surgeon Joseph Lister published his papers on sterilization and hospitals across the world adopted his methods.

So why wasn’t Semmelweis successful? His delivery sucked. He had a tough uphill battle to fight against a conservative establishment who had its own beliefs and way of doing business. And unfortunately, he refused to play by their rules. He was argumentative and so fanatical in his beliefs that he struggled to get his leadership and peers on board with his new, innovative method.